The 10th Joint Meeting on Medicinal Chemistry will be held in Dubrovnik, Croatia, 25-28 June 2017 at the Sheraton Dubrovnik Riviera Hotel. The Sheraton Dubrovnik Riviera Hotel is a new 5* hotel opened in August 2015 and have the largest hotel congress center in Croatia. It is located in Srebreno, just a few minutes drive from the historic Old Town of Dubrovnik. Nestled in a quiet cove the hotel offers spectacular views over the Adriatic sea, numerous islands and islets.

Dubrovnik is excellently accessible by all means of transportation.

Dubrovnik Airport is easy reachable by public transportation or taxi. It is is located about 12 km from the Conference Venue at Sheraton Dubrovnik Riviera Hotel in Srebreno, and 20 km from the center of Dubrovnik.

Dubrovnik is also easily reached by bus. It has good connection with domestic and international cities. All intercity and international bus travel departs from and arrives at the Main Bus Station, located in Gruž Port in Dubrovnik. The distance to Old Town Dubrovnik is about 3 km, regular local buses will take you there or to other areas of Dubrovnik. There is also a taxi station right in front of the bus terminal. Getting To Sheraton Dubrovnik Riviera Hotel From Dubrovnik Main Bus station: You can choose from either local bus company or taxi. If you decide to go by go by local bus company one-way ticket will cost around 15 kn (2 €).

If you choose to drive then the recommended way is to follow the highway to Split, than to Ploče and from there continue to Dubrovnik following the Adriatic coast road. The view and feel along this Adriatic road is miraculous although the road may be strenuous for those not used to driving.

All city districts are excellently connected with frequent regular bus lines of the Libertas Public Transport Company. The public bus time-tables are posted at every bus stop. They are also available at the Dubrovnik Tourist Board Information Offices and at all hotels reception desk.

Dubrovnik is one of the most prominent tourist and conference destinations in the Mediterranean. In 1979, the city of Dubrovnik joined the UNESCO list of World Heritage Sites. Unique for its impressive medieval forts, churches, monuments and palaces, Dubrovnik is often called the “pearl of the Adriatic”. George Bernard Shaw, visited the city in 1929 and said: “If you want to see heaven on earth, come to Dubrovnik”. Dubrovnik is among the several best preserved medieval walled cities in the world – its walls run almost 2 km around the city. The system of turrets and towers were intended to protect the city. The walls of Dubrovnik have also been a popular filming site for HBO’s Game Of Thrones and of the new episode of the 'Star Wars'. Its coastal belt is adorned with several marinas, piers and promenades. Because of a magnificent view on the mediaeval Dubrovnik, a walk along the city walls is exceptional experience. One of the reasons for visiting Dubrovnik besides its profound beauty and historic magic are warm, mild climate and Mediterranean gastronomic delight.

Symbol of the town and the most important feature of Dubrovnik. Impressive Middle Age construction with corner towers of Minceta, Revelin, Bokar and Sveti Ivan protected Dubrovnik throughout its history.

The Rector's palace was the most important public building in Dubrovnik, the centre of government in the old Dubrovnik Republica. Famous inscription “Obliti privatorum publica curate” or “Forget your private business, concern yourself with public affairs” can be found above the entrance of the Rector’s Palace.

Photo by: Amoli at pl.wikipedia

Stradun is the main “artery” of the city, stretched between the two town gates, the gate of Pile and Ploce. Placa or Stradun street is the most favored promenade and gathering place of Dubrovnik.

The Sponza Palace, also known as Divona (from dogana, customs), was built in 1520 in a mixed late gothic and renaissance style. It served a variety of public functions, including as a customs office. Now it is the State Archive where the most important documents about Dubrovnik’s history are kept. 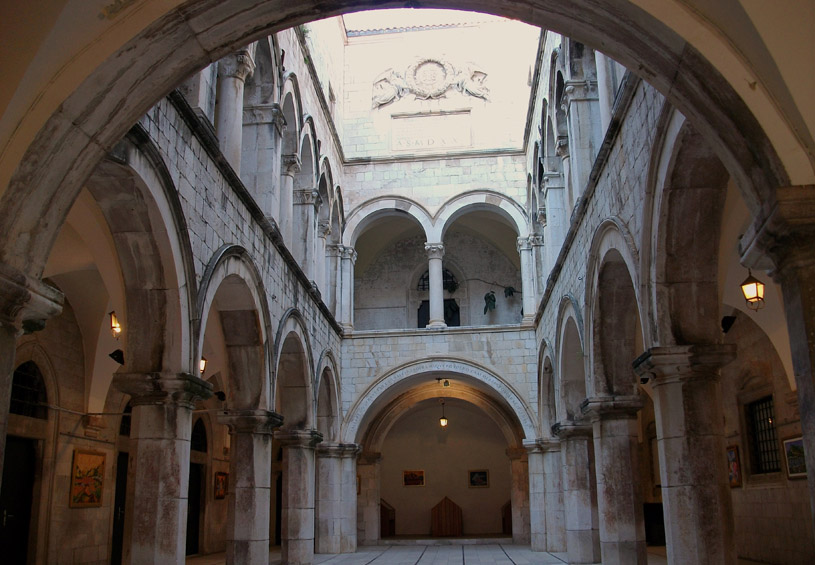 Franciscan monastery is a wonderful work of Dubrovnik architecture and one of the most prominent Dubrovnik attractions. It contains the third oldest pharmacy in the whole world (founded in 1317), continuously functioning until present day, and a very rich library with large number of preserved manuscripts of invaluable cultural and historical value.

The Church of St. Blaise (Crkva Sv. Vlaha) is an 18th-century baroque church on Luza Square dedicated to the patron saint and protector of Dubrovnik. This church is located at the intersection of two main thoroughfares, ‘Placa’ and Pred dvorom’.

The symbol of Dubrovnik’s independence and freedom, located at the eastern end of Placa (Stradun) street. 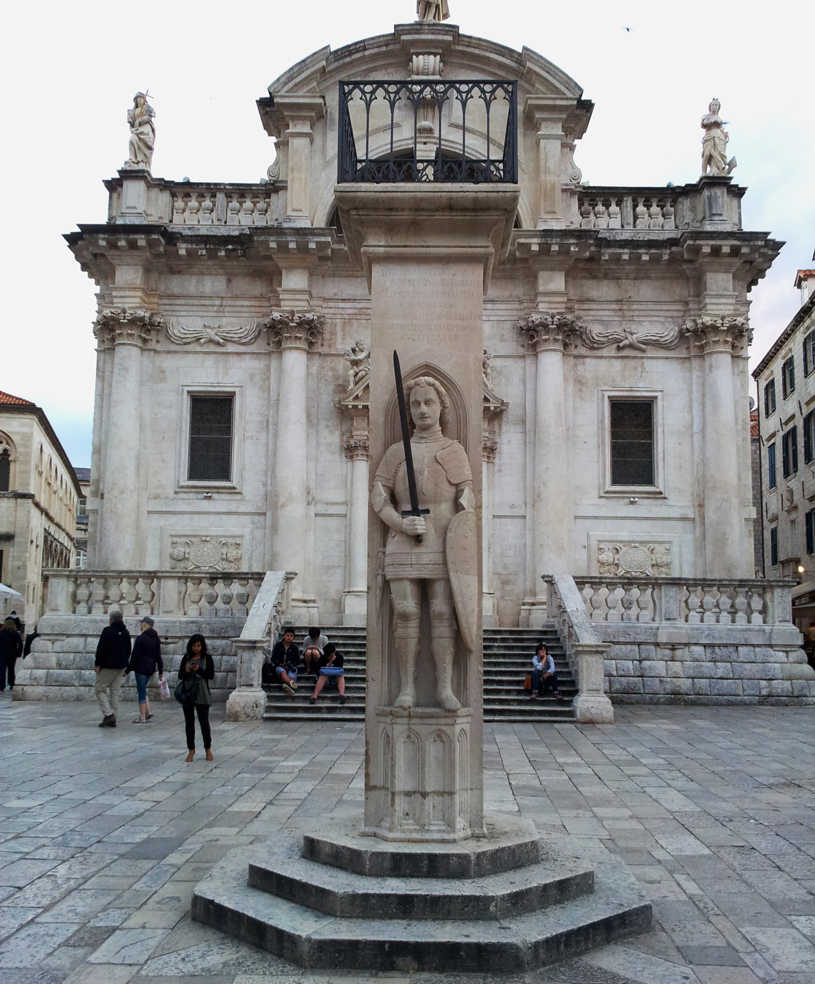 The Elaphite archipelago consist of large number of reefs and rocks and eight islands and five islets. They give a special touch to the panorama, especially from Dubrovnik hill Srđ and some parts of the Lapad pennisula. Three islands are inhabited; Kolocep (Kalamota), Lopud and Šipan. Lopud is the most visited island in the Elaphite archipelago, mainly for its amazing Šunj beach.

Ston is a small town located at the south of the peninsula Pelješac. It was a military fort of the Dubrovnik Republic and it's defensive walls are the second longest defensive walls in the world, after the Great Chinese wall. Mljet, also known as The Green Island, is the largest island in the Dubrovnik archipelago. In the northwestern part of the island is the National Park „Mljet“. Konavle is the most southern part of Dubrovnik Riviera with preserved and exceptionally natural beauties. The largest and the only urban centre in Konavle is Cavtat. 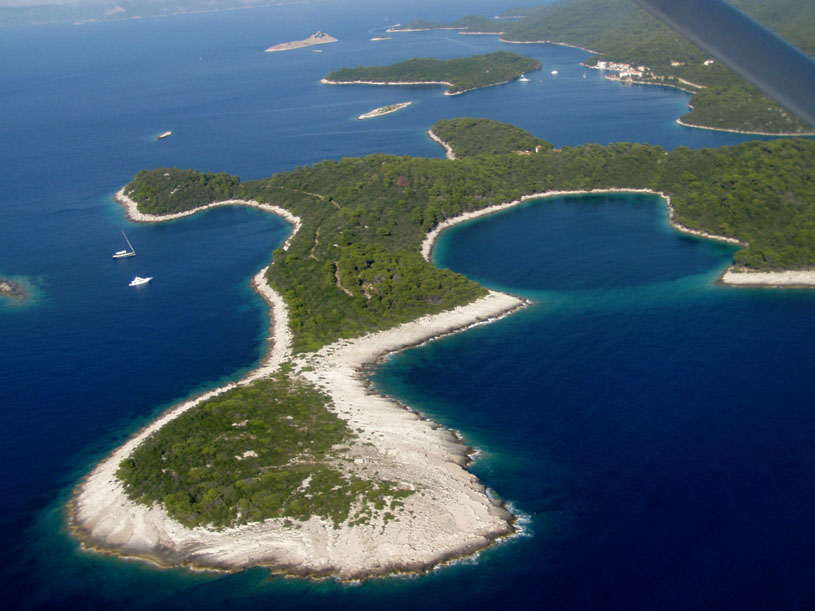 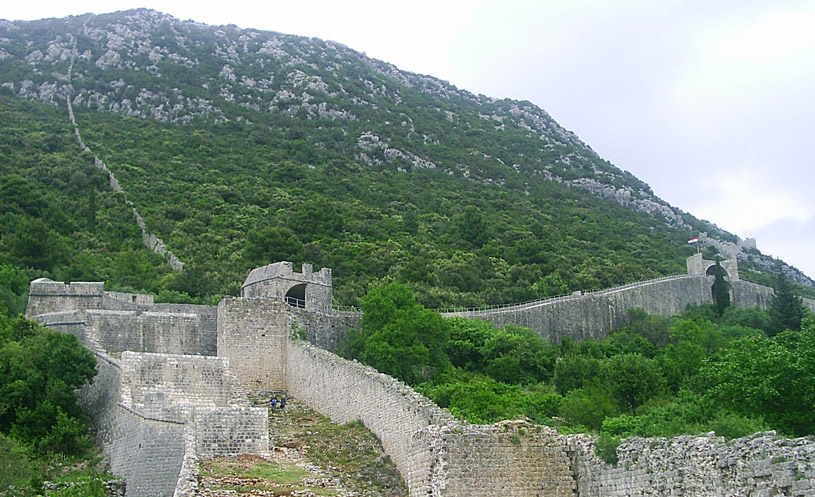 The JMMC 2017 programme will start on Sunday, June 25. A detailed Preliminary Programme Schedule will be announced.

Opening hours will be announced.

Opening hours will be announced.

The official language of the Meeting is English.

Audiovisual Equipment of the latest technology will be used in Lecture Halls.

During the 10th Joint Meeting in Medicinal Chemistry an exhibition will take place in a specially formed area.

Participants and exhibitors will receive their personal name badge at the Registration desk and they are asked to wear them during the whole Meeting and at all social events.

All participants will receive certificates of attendance.